What are Community Tokens?

* Disclaimer: This is not financial advice. We are simply discussing the emergence of community tokens and how they may evolve.

By now, you might have heard about blockchain and bitcoin, but do you know about the latest emerging technology? We are talking about community tokens, which are bringing in new opportunities for creators and brands. Community tokens, otherwise known as social tokens, are based around community, brand, and influencers. In other words, it’s a way for celebrities, brands, and internet groups to extend their monetization beyond their typical ways.

Community tokens can give you a way to access a community. They are, in a way, a cryptocurrency that can open the door to a specific digital group. To help you understand it better, it’s like a membership card that can give you multiple advantages, but the membership card is in the form of a blockchain.

If you have still not understood what community tokens are, let’s explain it by using NFT as an example. NFT, which is non-fungible tokens, are fixed. Each NFT is coded, and they are made unique. NFT gives the original creator the certificate and makes them the authentic owner of their token. And when it comes to NFT, you can’t swap it for another NFT, neither sell one into fractional pieces.

Community tokens allow you to enhance your network. Let’s explain it further with the Disney example. Everyone knows Disney, and they have a fan base scattered all over the world. It won’t be wrong to say that Disney has billions and billions of fans. Imagine Disney has three billion-plus fans who consume Disney’s content and products in some way or the other.

Now, Disney doesn’t have a direct relationship with its fans. So, how it communicates with these fans is via Spotify, YouTube, Facebook, and other digital platforms. And how tokens work is that they allow Disney to have direct access to those fans because tokens enable fans to have a relationship with Disney. So, you can say that the token is the currency of the Disney world. By owning a token, you can buy things of Disney, get a few items of Disney at a discount, you may get an opportunity to watch their latest film a week before its official release, and more.

When you get a community token, you can avail multiple benefits, which you may miss out on otherwise. These benefits are something that fans value. For example, let’s say you sell Disney merchandise and, in return, accept Disney tokens. Like that, you are creating a whole community of Disney and helping the brand succeed and drive its virality.

Just like that, let’s say a music composer doesn’t get to launch their music on Spotify releases them as a short version on TikTok. By owning a community token, you are investing in the IP right of that song and helping the composer create the network effects.

Where to Create Community Tokens? 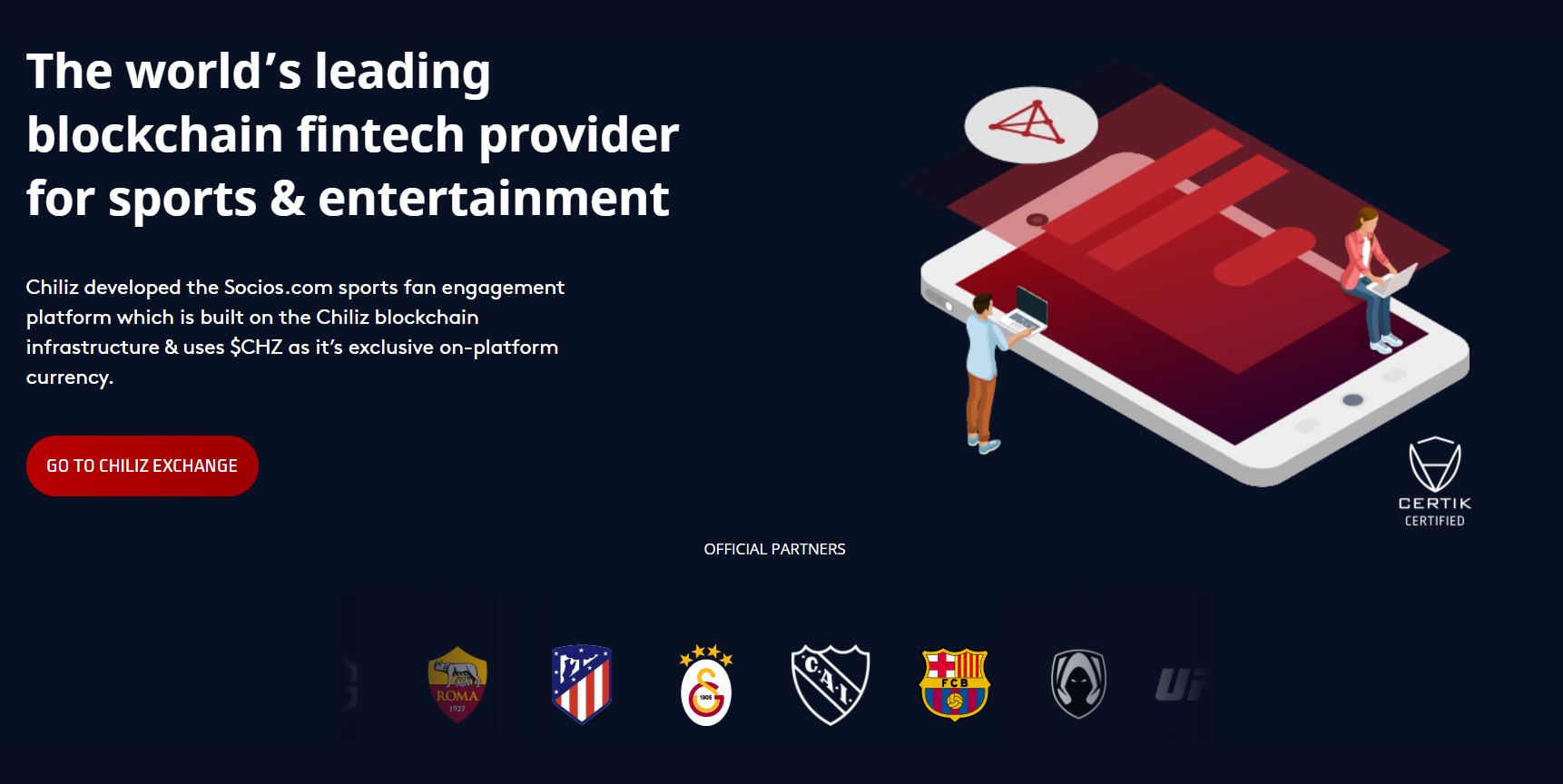 The two places where you can create your community tokens for myriads of products are Rally and Chiliz. These are the two leading and trustworthy platforms that one can build their community tokens and be a part of a community they will feel connected to.

Chiliz has its own community tokens and uses $CHZ. This platform is typically for entertainment and sports lover. The platform has all the necessary blockchain-based tools that will you monetize and engage with your audience. 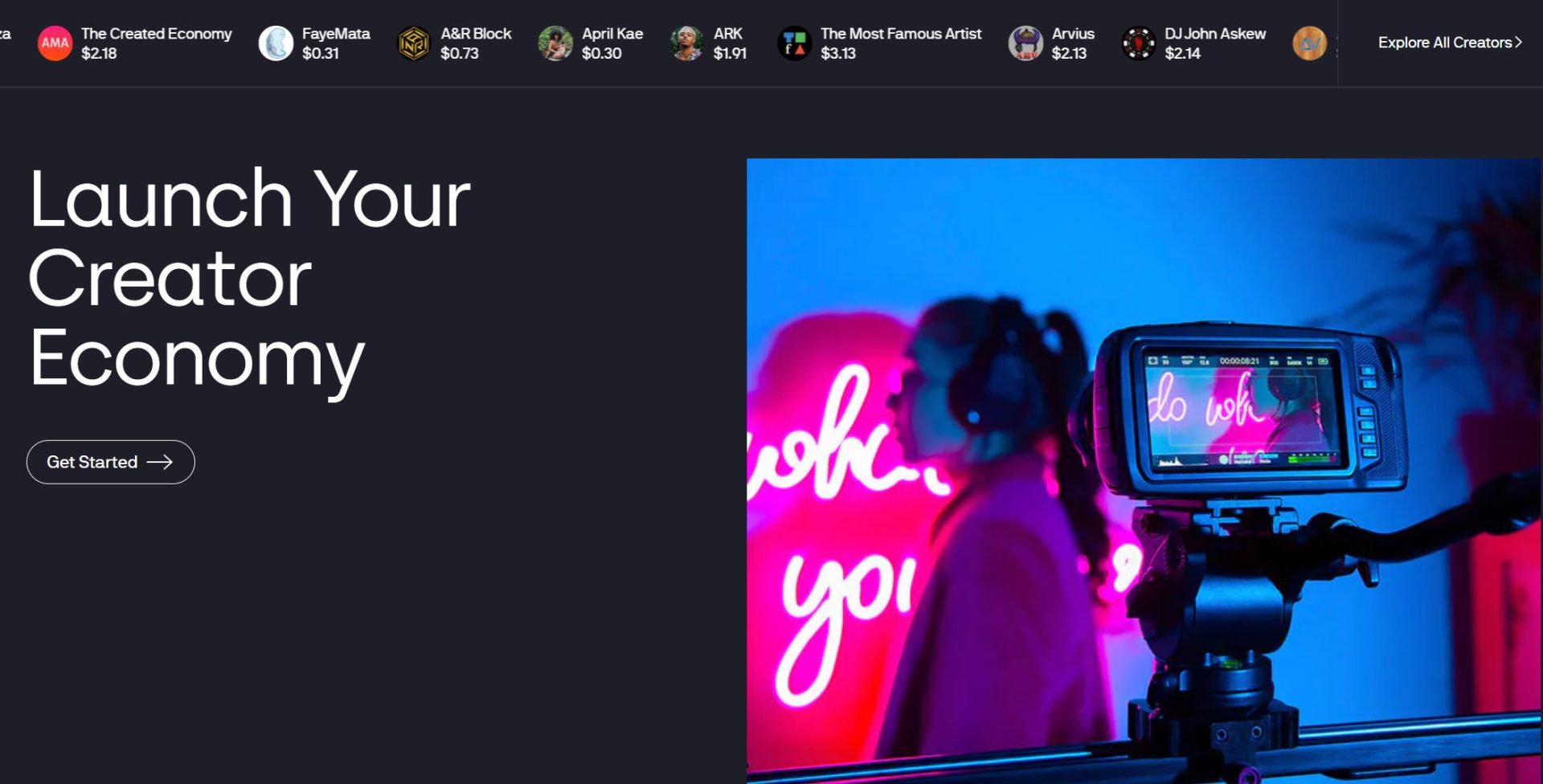 Just like Chiliz, there is Rally, another intuitive platform that lets you launch your community tokens. Rally doesn’t ask for any fees, has minimal environmental impact, and you don’t need to have cryptocurrency knowledge to start using it.

Even though the concept of community token is new to you, quite a few creators have already started levering on this crypto technology.

FWB, Friends with Benefits, is a community for innovative thinkers and creative people. This platform allows them to connect and offers them the right tools to connect with like-minded people and, most importantly, make them feel good that they are part of something. This social community is only available for those who own $FWB tokens. Token holders often get rewarded with a diverse community and talk and share about inclusive Discord servers. FWB also holds events where people can learn about coffee hangouts, afterparty events, local city meetups, and more.

Next up is $ Whale, community tokens created by WahleShark. The whale community’s concept is entirely different from FWB, but Whale tokens are growing faster. They are the most prominent collectors in the NFT ecosystem. So, those who own $Whale become a part of the community and get a fractional stake in WhaleShark’s collection. WhaleShark allows its token holders to rent NFTs from the vault, get direct access to a Discord community loaded with crypto art experts, etc.

This one may come out as a surprise, but this should tell you how versatile the community token ecosystem is. So, $Alex was created by an entrepreneur who wanted some support to move to San Francisco and raised $20,000 through $Alex. The features of $Alex are- the token holder will receive 15% of Alex’s income if he earns $100,000. And the amount will be paid every quarter. In addition to this, $Alex token owners will also get access to his networks and perks like 1:1 meetings.

Cherry is an adult creator, and she owns $Cherry, which gives fans massive benefits. Fans who own $Cherry tokens are the only ones who get to access her exclusive content. Some of the benefits of owning $Cherry are getting NSFW Discord content and server, SFW Discord server, gaining access to unique NFT collectables, and earning an opportunity to interact with Cherry personally.

The Top NFT Marketplaces To Sell Your Non-Fungible Tokens

Google Rating
5.0
Based on 33 reviews

Lira Sakri
11:04 08 Nov 21
Professional, always on time and great quality of work and service. I went to them to fix the website that my old developers had done poorly and they were able to spot all issues, listen to my needs and renew the whole website to a high standard. Definitely recommend!

Vytas Petkevičius
19:28 02 Nov 21
Good service, you get what you pay for, if someone ask for website design , i will always recommend Cude design!

Arame (ALy75)
21:00 26 Oct 21
It's been a pleasure working with the Cude design team. They are always fast to respond, and keen to assists wherever we need help.The all project process was really smooth, I would totally recommend working with them for website, email design and more.

Scott Macdonald
10:43 01 Oct 21
From day Wes and his team have been an invaluable part of getting my business off the ground. Very knowledgable and nothings been too much of a bother and the finished product has exceeded our expectations! Great customer service and patience! We are very pleased with how the site has turned out and so glad we came to Cude Design to hook us up. Would definitely recommend.

Jackie Penticost
14:33 05 Aug 21
We enjoyed working with Cude Design on our new website.. The process was highly collaborative and they were very responsive to changes and questions. The whole process was very smooth, at least from our side and the end result was very professional. Highly recommend.

Joseph Wardle
12:09 06 Nov 20
Really great and helpful service. Wes quickly sorted out any revisions i wanted and i am very happy with the whole experience. Definitely would recommend.Had nothing but good experience with Cude Design, very helpful and quick to fix any problems!

Sam Lutostanski
10:17 04 Sep 19
We had a complete design overhaul of our whole website. After shopping around with a few agencies, Cude Design had the best expertise and processes for what we needed. A great structured design process and superb Wordpress skills to build the new website. Every request we had was delivered well and the team working on our site certainly new their stuff! Good value for money as well, won't break the bank, and we are extremely happy with the outcome! Thanks guys!
See all reviewsWrite a review

This website uses cookies to improve your experience while you navigate through the website. Out of these, the cookies that are categorized as necessary are stored on your browser as they are essential for the working of basic functionalities of the website. We also use third-party cookies that help us analyze and understand how you use this website. These cookies will be stored in your browser only with your consent. You also have the option to opt-out of these cookies. But opting out of some of these cookies may affect your browsing experience.
Necessary Always Enabled

Performance cookies are used to understand and analyze the key performance indexes of the website which helps in delivering a better user experience for the visitors.

Analytical cookies are used to understand how visitors interact with the website. These cookies help provide information on metrics the number of visitors, bounce rate, traffic source, etc.

Advertisement cookies are used to provide visitors with relevant ads and marketing campaigns. These cookies track visitors across websites and collect information to provide customized ads.

Other uncategorized cookies are those that are being analyzed and have not been classified into a category as yet.