Recently we had the opportunity to sit down and have a chat with Harvey from Dorset Hemp Co. It’s impossible not to like the guy – he’s genuine, super enthusiastic about CBD, and he’s not afraid to tell it like it is. So, I asked him if he’d be interested in being interviewed for Rude Growth, and here we are!

Here are some of his thoughts on CBD, medicinal marijuana, the popularity of CBD in the UK, and how Dorset Hemp Co got its start and their amazing growth since.

The Rude Growth Podcast is available on Spotify, Stitcher & TuneIn. Very shortly you can also listen to it Spotify. You can even listen to the podcast directly from this page as well as read some of the best bits taken from our podcast with Harvey from Dorset Hemp Co.!

Listen to Episode 003 of The Rude Growth Podcast featuring the Dorset Hemp Company:

”Whether you're in London circles, or wherever you may be, if you're the Dorset Hemp Company, people notice you. They know it’s from the countryside, it's hearty, it's wholesome and trusted, and that trusted element was a real real big thing.

How CBD Is Opening Up the Cannabis Conversation

(Harvey) Dorset Hemp Co: I see the emphasis being more on cannabis since it seems like CBD is opening up the door for cannabis and that’s going to be the real focus. I think anyone who’s in the market like myself, in years down the line, hoping that’s where it goes.

We’re in the CBD market because we know that it helps people. And the great thing is CBD is a fantastic tool to raise awareness about cannabis in general because if you say CBD, the first thing everyone asks is, “that’s cannabis isn’t it?” and it just opens up a conversation, whether that’s a negative or positive conversation, it’s a conversation that is worth having. I don’t care if people call me a pothead, or what people are saying, as long as the conversations are happening.

So I think CBD in our country is a great tool for that because it’s really starting to get people to know about CBD and medical marijuana. But I think I think the way the UK market is going to go is it’ll head full-on into medicinal marijuana, but I don’t think we’re going to get recreational use anytime soon. Why? Because England is England, and changes are slow to filter down.

The Growth of CBD Competitors in the UK

(Harvey) Dorset Hemp Co: We recently attended a conference on CBD, which was great for us – the conference was attended by people from all walks of life. And there were people like me – just a little company starting up… You had punters who were going all out to get themselves better knowledge which is amazing considering that’s forty pounds a ticket.

All the big players were also there – I was impressed by how big the signs were and how polished it looks, but that was from the big American companies. They use women to attract you to their stands, and they’re there to give out their flyers and free bags. And it’s because they’re just big American companies who know that they can sell CBD in the UK. They’re churning out CBD products, putting on different branding and exporting from America to the UK.

Don’t get me wrong they do great products. They do. But they’re all about the company; they’re not about helping people. We did it differently; we connected with people going around. We’re the little guys who genuinely have heart and soul in it.

The Importance of Compliance for CBD

(Harvey) Dorset Hemp Co: We make sure everything we produce is compliant. But a lot of the stuff we saw there was not compliant. I got chewed up by a trade association last week because I was making medical claims on Instagram and Facebook, so I deleted them all, fine.

Yeah, but it was nothing I had said. It was clients saying, “your products did really well,” “you know it’s really helping me,” “it’s helped me with my arthritis my pain and blah blah blah.” I’m not allowed to say that, but it’s people who have used my product and have said it helped them…

Okay fine. So anyway have stripped more down I was going around that thinking, “how come I get it in the neck being the little guy at the bottom of the pile for these big big big big guys on getting stung with you know 30 40 50 grand fines?”. It’s just bizarre to me.

That’s why I’m having difficulty at the moment because I’ve got a small amount and there was an Israeli pharmaceutical company, and they said their product helps relieve headaches. And they said we’re not saying that it stops headaches it may help relieve it in 50 percent of cases. I don’t think we can say that still.

How Did the Name Dorset Hemp Co Come About?

(Harvey) Dorset Hemp Co: So, we are called the Dorset Hemp Companies. Reason being that we went for the word companies is because our ethos is trying to create as much synergy with other companies as we can. We want to do this is because when we started Dorset Hemp Co, we were trying all sorts of different oils to maintain our health. We noticed that from looking in specific CBD shops or even in Holland Barretts or whatever it may be that there was always this disparity between the actual mg in the bottle and the percentage it said. Right, you know we’ve got to make something that we know exactly what it is. And we went forward from there.

We noticed the opposite difference between the percentages MG and I knew a bit about how this can help people and so I started doing some research into it. Spending 80 quid a bottle to get the true mg strength was a price that we were never going be able to keep up with. It is all about pain management for us.

I was making chocolate brownies from whole flower hemp. I started googling and found a couple of companies that supply hemp flowers. I had no idea that the CBD flowers were a thing and the different percentages between them or anything like that. So, Googling opened up all-new possibilities for me, and we started ordering in bulk.

I was trying to get costs down, and we were making a few different products from capsules to brownies and cookies. I was still at work fulltime when the guy from Good Buds came back to me, and he said: “Oh, have you ever considered packaging and marketing what you do?”

And this light bulb went off in my head on the 8th of January – we were away from London from the 8th the 10th, and I remember just saying to Lizzie “what about this?” We started thinking, jumped onto a ‘create your own logo’ website, and I just chucked in this thing with us, Dorset hemp co, countryside, Swedish relations and the little handbag – and that’s where we got our logo, and I love it!

And this idea infected us like a virus. You know when you get an idea that you’re just so passionate about. On the way back from our trip we took a pit stop in Portsmouth because there are two CBD shops there. We went into them said look we’re thinking of doing this company, what do you think? Are there any products you’d like us to make like this to trial. I’m trying to make something of a little bit different.

The woman grabbed a bottle of Pinnacle off the shelf, and she said could you make anything like this. I read the instructions. I read the ingredients it was vegetable glycerine and hemp. So I said, “yeah, I think I think I can make that for you. I’ll get it done I’ll send up samples”.

They were impressed with the samples and ordered 150 bottles, that was before we had labelling, packaging, or anything…And that was it.

(Harvey) Dorset Hemp Co: Whether you’re in London circles, or wherever you may be, if you’re the Dorset Hemp Company, people notice our products. They know it’s from the countryside, it’s hearty, it’s wholesome and trusted, and that trusted element was a real real big thing.

Maybe because when you look at the CBD market, you notice the disparity – there’s a lot of shoddy products out there and so wanted to be instantly known and trusted. Having the Dorset Hemp Company brand worked for me, and it obviously did because it got the traction we wanted and by the end of March, we were in about ten shops last year. 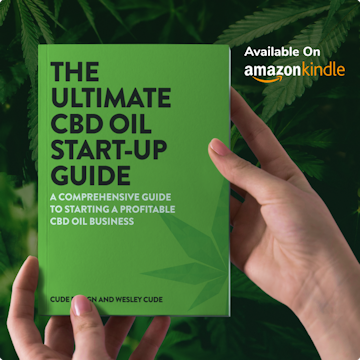 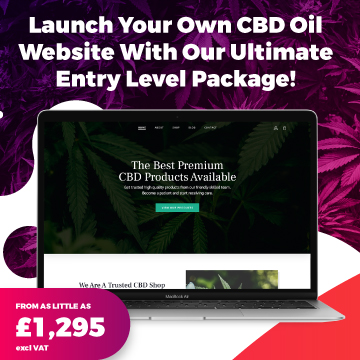 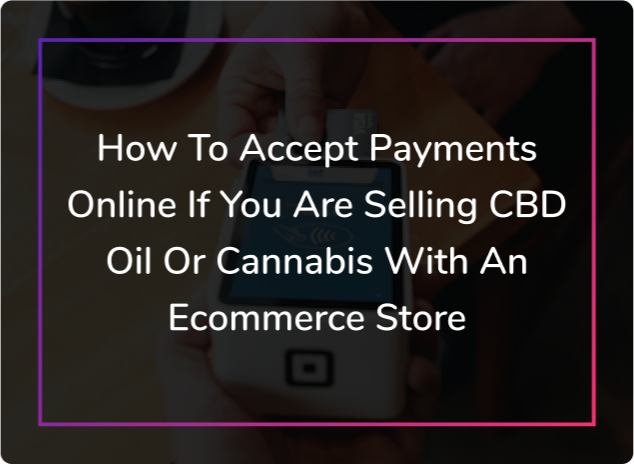 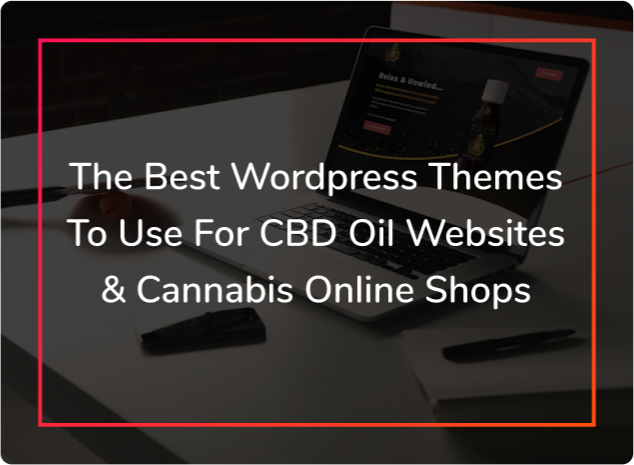 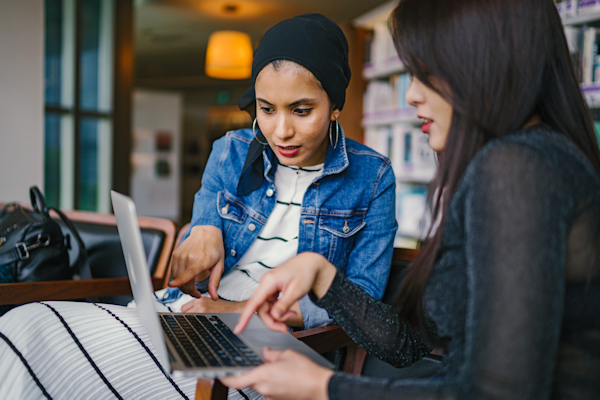 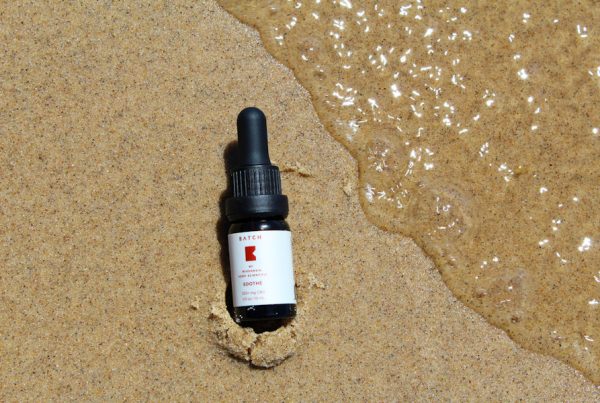 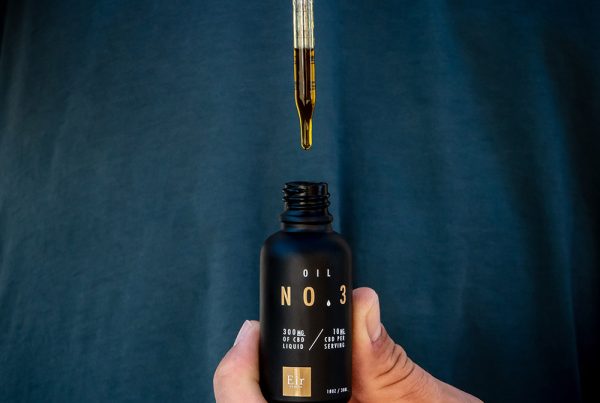 Can I buy and sell CBD Oil products using Amazon?