People have a habit of collecting stuff and owning them. The reason behind owing things can be both from a financial and emotional perspective. If you go back to the past, you will notice that people have owned stuff for a long time. However, since the world has undergone a massive technology change, the new way of collecting items is NFT, Non-Fungible Tokens. This phenomenon has taken the world by storm. This is the blockchain-based approach to let people buy things that they want to own.

NFTs are not only becoming fruitful for buyers of these NFTs but creators of these NFTs. Everyone is leveraging this blockchain-based approach: influencers, digital artists and creators, brands, and celebrities. So, what is NFT? Simply put, they are tokens that represent something, and when someone buys an NFT, it means their ownership over it. NFT can be digital media, collectables, tweets, and even real estate.

However, here’s what makes NFT different from others. First, NFT can have only one owner. Second, NFT are secured by the Ethereum blockchain. And third, Each NFT is unique and coded so that the record of ownership can’t be modified.
As said, NFTs are Non-Fungible Tokens. It’s a term that you use to associate things, such as your computer, a song file, furniture, and more. And Non-Fungible is an economic term. These items are unique have unique properties, which is why they can’t be interchanged. However, when it comes to fungible things, they can be exchanged. That’s because they are not defined by their unique properties but the cost or value that defines them. Examples of fungible items are dollars, ETH, etc. 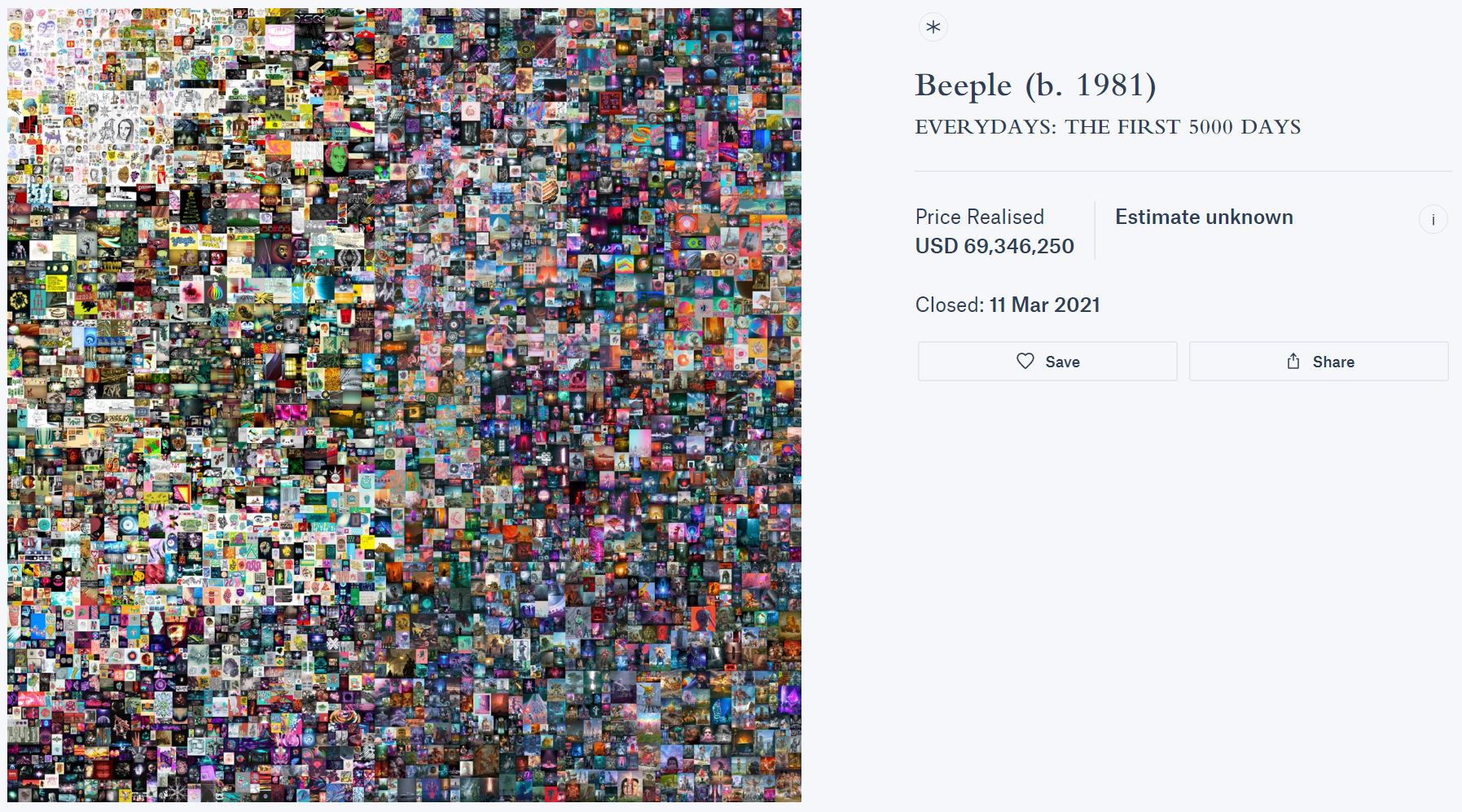 NFT has been a blessing for artists and creative people. One prime example of how valuable NFT can be is Beeple’s work Everydays: The First 5000 Days. Beeple sold this artwork for a whopping $69. This encouraged a lot of art creators to auction their projects on different NFT platforms as well. However, NFT is beneficial for artists because it gives them another robust way to sell their work for a reasonable price.

NBA sells some of their top shot moments in the form of NFT. These are collectable trading cards, and it represents the players of NBA. These trading cards have information about the player, that moment, and an image of the player, and a short video, which is why they are called NBA Top Shot. The video will usually be of their best performance.

Sorare is a fantasy and virtual football trading card game. These cards are of real players, and participants can trade these cards to manage their team and have better chances of winning a tournament. Sorare hosts multiple tournaments where participants participate to win. Each card of Sorare gets stored in the Ethereum blockchain.

Another big brand that tried selling their NFT is Taco Bell. They minted their images and GIFs based on some of the dishes from their menu. As soon as they launched their tokens, the NFTs were sold out right away. Unlike others, NFT priced their NFT at $1 per piece. However, collectively they earned much to use as a donation.

Although it’s hard to imagine buying sneakers from Nike that you can’t wear, Nike has started minting their digital sneaker artwork. The advantage of owning the NFT is that the owner can manufacture that design in the real world, letting you wear one of a kind Nike sneaker.

RTFKT is a massive name in the fashion industry, and they sell their NFT sneakers online. As you can easily guess, you can’t wear any of the sneakers sold in the form of NFT, but people are still willing to pay even up to $10,000 per pair. RTFKT teamed up with an artist called Fewocious; they created multiple pairs of sneakers and sold them all for $3.1 million. And everything got sold off in just a few minutes.

One of the prime examples of NFT is Bitcoin Origins. It’s a series of highly scarce digital collectable cards. Each card signifies some extraordinary moments in Bitcoin’s history. Bitcoin Origins has talented artists on the platform who create these interesting, one of a kind, and unique cards. Since the cards are popular, soon after one card gets released, it gets sold out in seconds. 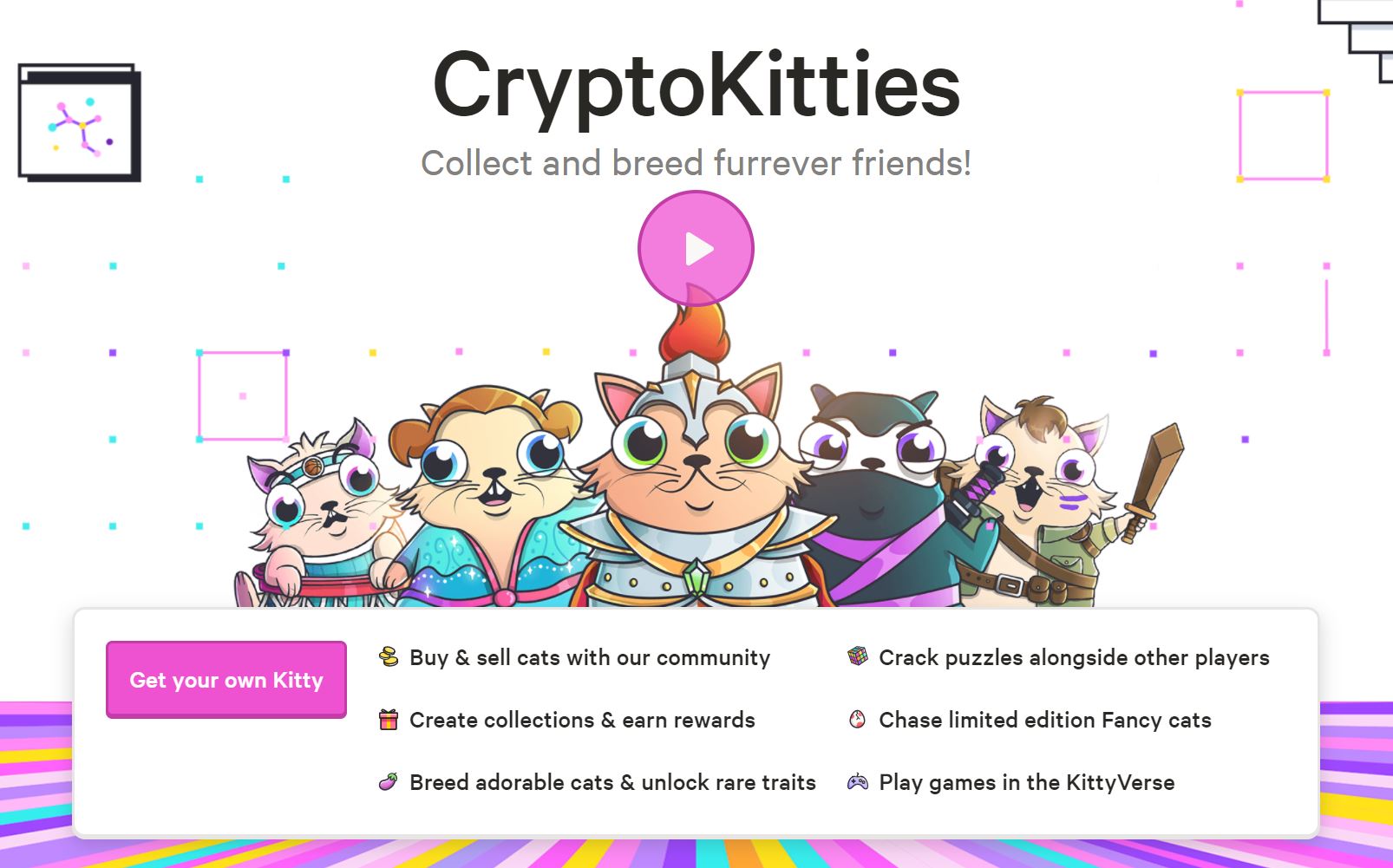 Crypto Kitties is a popular NFT platform where you can only sell and buy virtual cats, known as Crypto Kitties. This is essentially a gaming platform, and users of this platform can play different games, take part in prize-winning competitions and awards by buying and selling these cats. As per Crypto Kitties, each cat you will find here will be 100% unique, and if you own one of them, you will become the legitimate owner. Furthermore, the crypto kitties can’t be destroyed, taken away, or replicated in any way.

You will know William Shatner as one of the famous actors. But do you know that this legend has been an actor for more than 60 years? He released his memorabilia as NFT in 2020, and it was sold in just 9 minutes as soon as he launched it. The NFT comprises multiple photographs of his epic career.

What are Community Tokens?

The Top NFT Marketplaces To Sell Your Non-Fungible Tokens

Google Rating
5.0
Based on 33 reviews

Lira Sakri
11:04 08 Nov 21
Professional, always on time and great quality of work and service. I went to them to fix the website that my old developers had done poorly and they were able to spot all issues, listen to my needs and renew the whole website to a high standard. Definitely recommend!

Vytas Petkevičius
19:28 02 Nov 21
Good service, you get what you pay for, if someone ask for website design , i will always recommend Cude design!

Arame (ALy75)
21:00 26 Oct 21
It's been a pleasure working with the Cude design team. They are always fast to respond, and keen to assists wherever we need help.The all project process was really smooth, I would totally recommend working with them for website, email design and more.

Scott Macdonald
10:43 01 Oct 21
From day Wes and his team have been an invaluable part of getting my business off the ground. Very knowledgable and nothings been too much of a bother and the finished product has exceeded our expectations! Great customer service and patience! We are very pleased with how the site has turned out and so glad we came to Cude Design to hook us up. Would definitely recommend.

Jackie Penticost
14:33 05 Aug 21
We enjoyed working with Cude Design on our new website.. The process was highly collaborative and they were very responsive to changes and questions. The whole process was very smooth, at least from our side and the end result was very professional. Highly recommend.

Joseph Wardle
12:09 06 Nov 20
Really great and helpful service. Wes quickly sorted out any revisions i wanted and i am very happy with the whole experience. Definitely would recommend.Had nothing but good experience with Cude Design, very helpful and quick to fix any problems!

Sam Lutostanski
10:17 04 Sep 19
We had a complete design overhaul of our whole website. After shopping around with a few agencies, Cude Design had the best expertise and processes for what we needed. A great structured design process and superb Wordpress skills to build the new website. Every request we had was delivered well and the team working on our site certainly new their stuff! Good value for money as well, won't break the bank, and we are extremely happy with the outcome! Thanks guys!
See all reviewsWrite a review

This website uses cookies to improve your experience while you navigate through the website. Out of these, the cookies that are categorized as necessary are stored on your browser as they are essential for the working of basic functionalities of the website. We also use third-party cookies that help us analyze and understand how you use this website. These cookies will be stored in your browser only with your consent. You also have the option to opt-out of these cookies. But opting out of some of these cookies may affect your browsing experience.
Necessary Always Enabled

Performance cookies are used to understand and analyze the key performance indexes of the website which helps in delivering a better user experience for the visitors.

Analytical cookies are used to understand how visitors interact with the website. These cookies help provide information on metrics the number of visitors, bounce rate, traffic source, etc.

Advertisement cookies are used to provide visitors with relevant ads and marketing campaigns. These cookies track visitors across websites and collect information to provide customized ads.

Other uncategorized cookies are those that are being analyzed and have not been classified into a category as yet.